We have all had a great first week back at school. We are all enjoying being able to spend time with each other in the class bubble rather than through a screen!

This term, we are continuing to learn about Mexico and earthquakes. 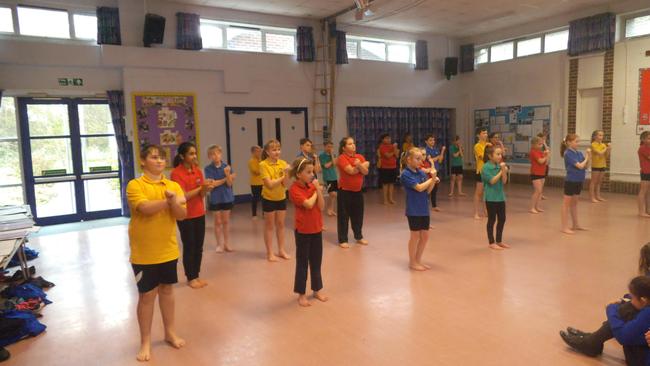 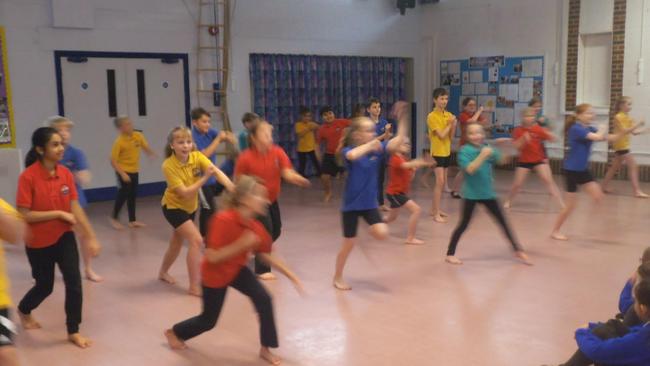 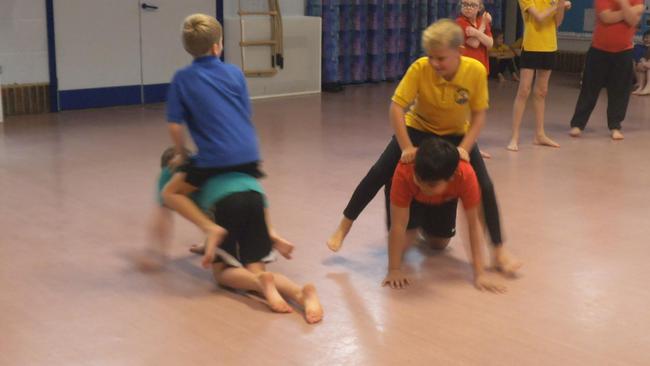 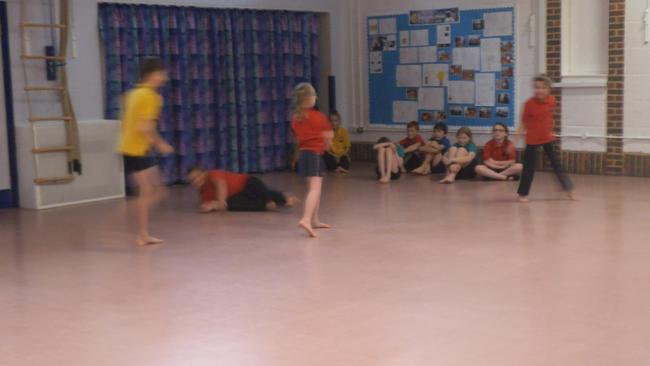 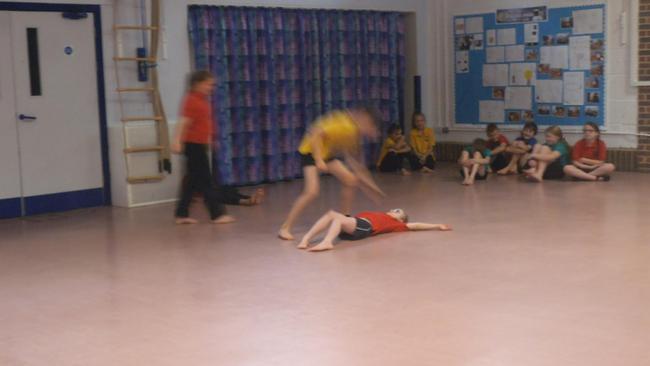 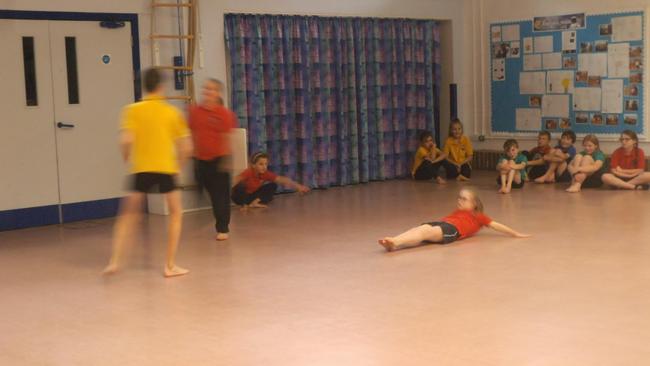 As part of our Topic focus of Ancient Greece, and linked to our English writing on Ancient Greek mythology, Ash class have been drawing mythical creatures to inspire our character descriptions.  Here are some of their drawings.
Autumn 1 medium term planning

Upper school enjoyed a fabulous day learning about the Ancient Greeks. We travelled back in time to take part in the first Olympic games as well as preparing and sampling Greek food in the classroom.

Summer performance: On Tuesday, 18th July 2017, the Upper School performed in their production of the 'Lion King'.  A fantastic performance was given by all pupils, who were word perfect when saying their lines and singing.  Mrs Standing commented that it was one of the best school plays she had seen in her time as a head teacher and that it took her through a range of emotions - from tears to laughter! Solo performances by main characters, such as Scar, Timon, Zazu, Raifiki, Pumba, Simba and Nula were sung confidently and, supported by the rest of the cast and the year 5 chorus, it all sounded very beautiful.  The props, made and managed by year 6 pupils, added to the realism of the play, which, along with the lighting and sound crew, helped make this a really professional production.  Notwithstanding, the creative programme front and back was the icing on the cake!  All three upper school teachers were incredibly proud of the effort put in by year 5 and 6 and it will be a hard act to follow next year! 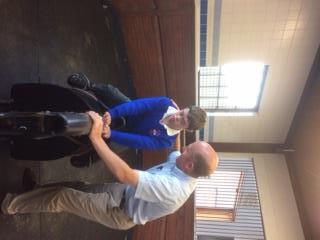 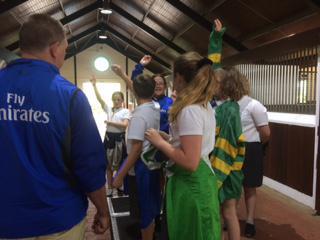 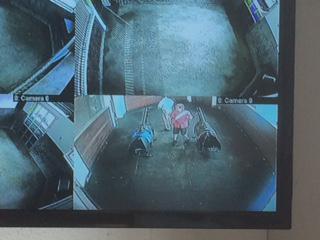 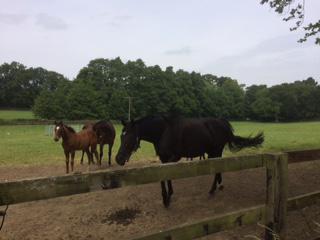 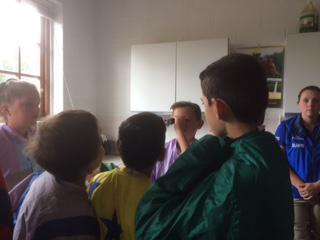 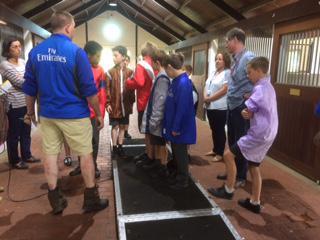 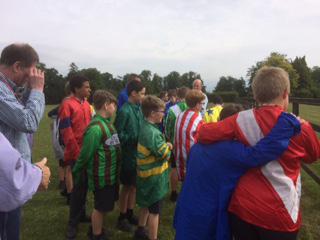 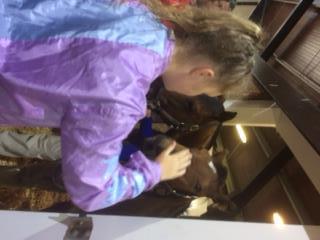 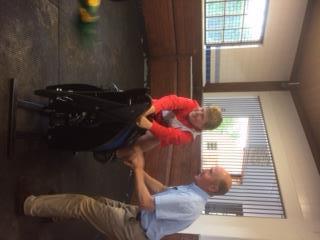 On Tuesday, 26th June 2017 year 6 visited Gainsborough Stud in Woolton Hill as part of the science curriculum this year and to link in to our aspirations week.  As we ventured through the impressive gates we were warmly welcomed by the Stud Manager, who explained what we would be doing throughout the day.  We met representatives from ’Racing to School’, who had organised the visit; they gave us an introduction to the racing industry and how Sheikh Mohammed bin Rashid Al Maktoum (owner of Gainsborough) contributes to racing, both in the UK and around the world.  Next, the children dressed in racing silks and had the opportunity to see mares and their foals, outside in the paddocks and in the barn, and marvelled at how gentle the mares and foals were.

After that, the Stud hands explained to the children how the mares were moved from the barn to the foaling boxes, when they were due to give birth, and the children saw where the stud hands monitored progress on cctv throughout the night when mares were due to foal.  They guessed the weight of some mares and foals and then stood on the weighing platform to see how many children equalled the weight of one mare.  Their original estimates were quite far out!  A short break with squash and amazing muffins took place before our final session when the children had the opportunity to ride on the racing horse simulators – some were quite exuberant and nearly took off!  All in all we had a fabulous time and learnt a lot about horses and some of the jobs in the racing industry. 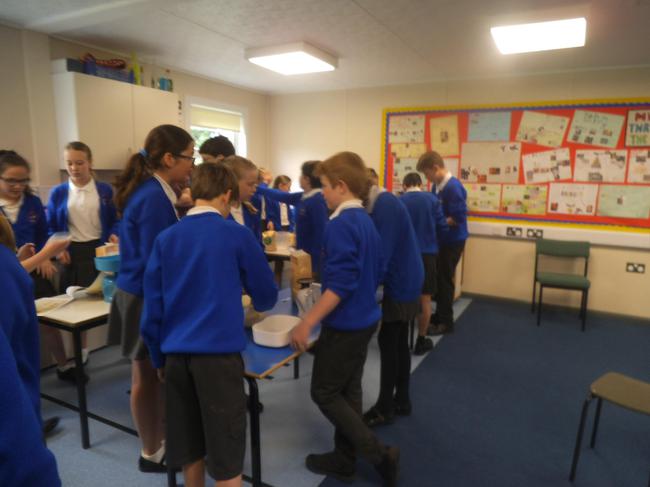 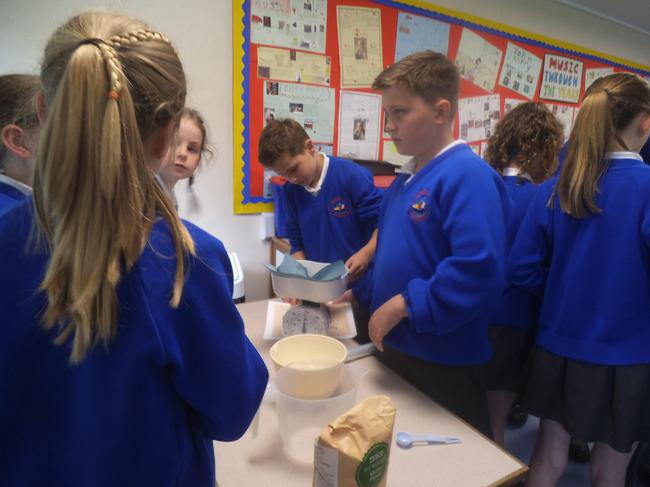 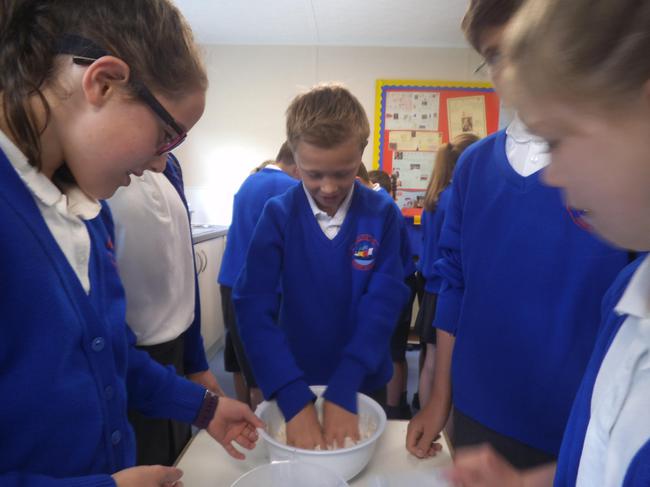 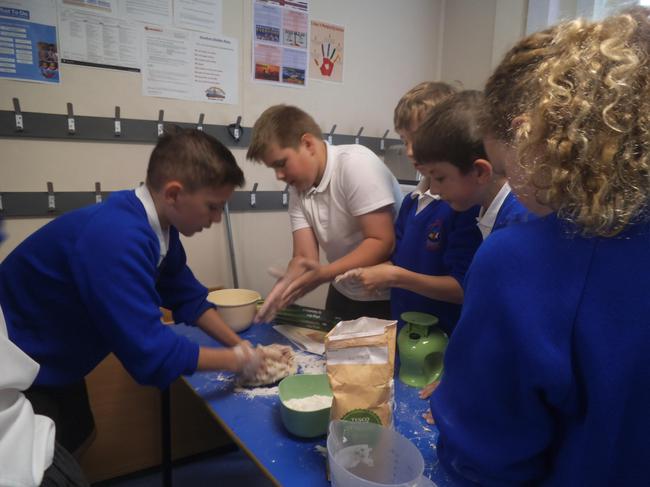 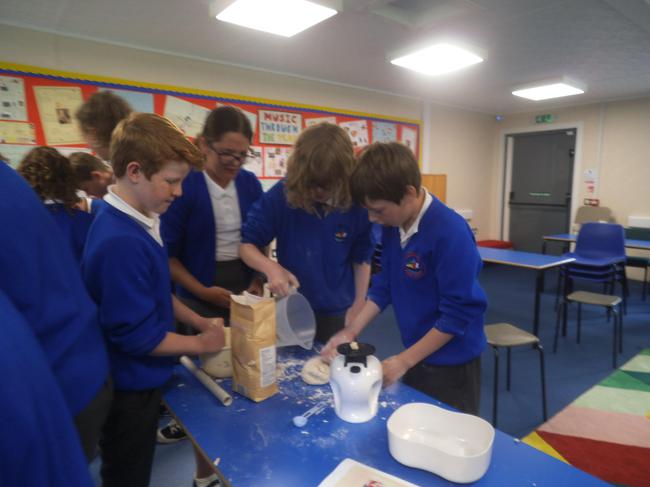 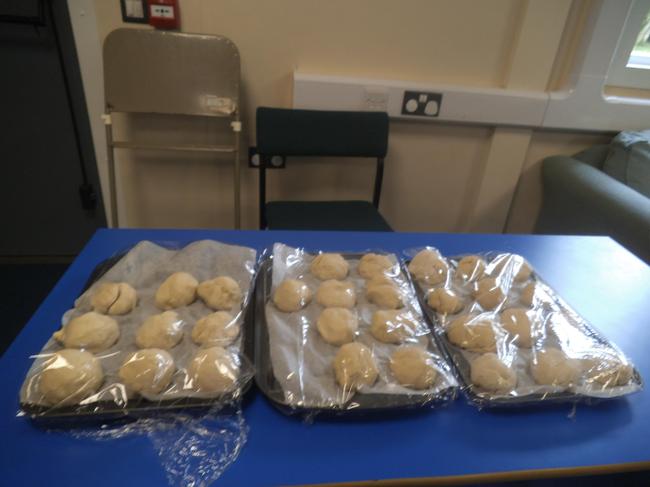 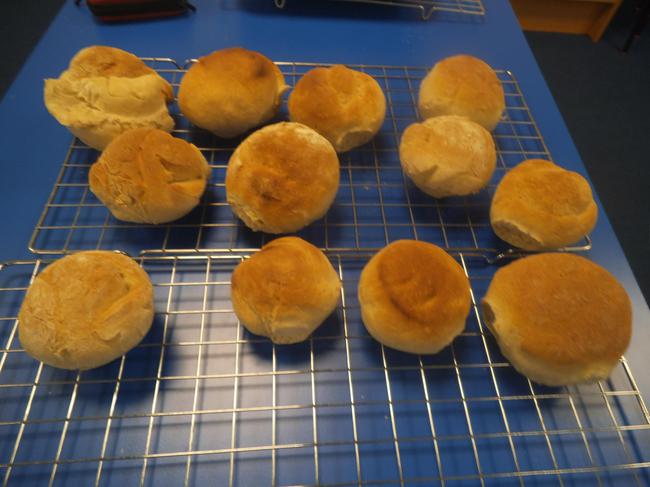 In Ash class in upper school this week the children have been inspired by the different speakers, who have come to talk to them about their jobs and careers.  These included someone from the Fire Service, a Textiles (blanket) manufacturer, a Businessman, a Financial adviser, an Epidemiologist and a Scientist.

In English and Maths, we have also tailored our lessons to focus on jobs and careers; this included baking; calculating flooring costs for a flat; garden design and associated costs and theme park design (the latter with an emphasis on costing and increasing profits).  In English we have been researching different jobs and writing job descriptions.  The children have all learnt just how much is involved in a job and also the routes and career paths that they could take into a particular career.

After yesterday's deluge it was with great relief that we encountered a reasonably sunny, warm day for our 'Empty Classroom Day'.  All the children in Ash class enjoyed using Nature as an inspiration for English and Maths.  We had some great explanation writing; informing us about how the Season's happen and other natural phenomena.  In maths we investigated shapes all around us; even using magnifying lenses to examine plants, insects and leaves to find examples of 2d and 3d shapes.  In the afternoon, we designed and painted dream gardens.  All in all, a very enjoyable day was had by everyone. 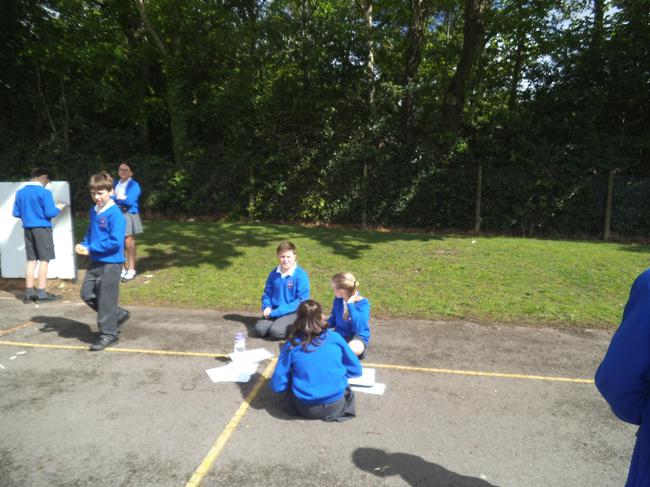 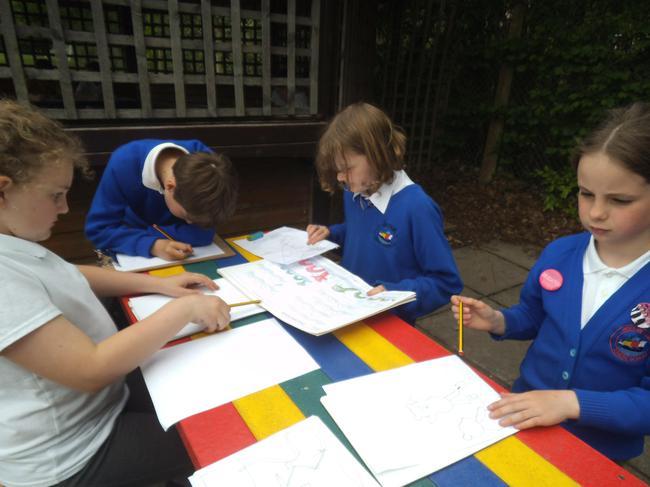 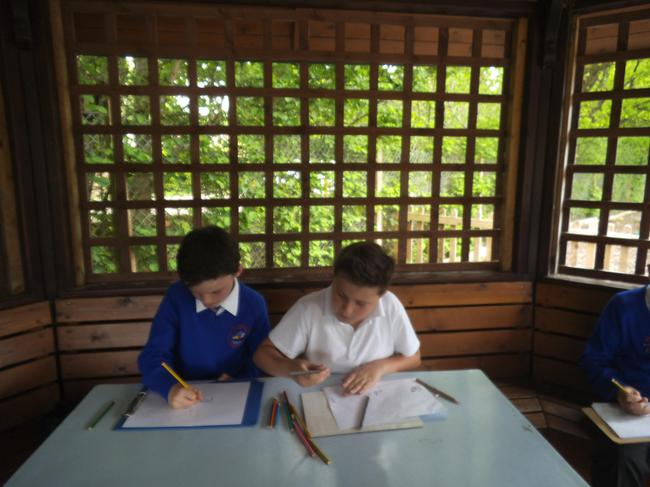 We have had a fantastic week in Ash class, starting off with our poetry recital from John Foster at the beginning of the week and culminating in our own poetry performances (to the whole school) this afternoon!  Everyone, in the class either performed their own individual or group poem or one by John Foster.  We all enjoyed rehearsing and taking the opportunity to share our work with the rest of the school.