Welcome back to school Oak class!  We have had a really good first week back to school following the lockdown period.  The children have been very keen to return to learning and play with their friends in our bubble.

This term, we are continuing to learn about Mexico and earthquakes.

about the Ancient Greeks. We travelled back in time to take part in the first Olympic games as well as preparing and sampling Greek food in the classroom.

Today was our all day, blocked Dance Day in class 6. The theme was Monsters to link with our Ancient Viking theme and the class text "Beowulf" that we are studying.  The children are to be congratulated on an amazing day in which they were full of enthusiasm, co-operation, creativity and energy.  Thank you to all the parents who were able to support us and watch our final end of day performance. We also appreciated the feedback from our peers in class 4 and 5 and we look forward to watching your performances later in the month.

We've just finished our re-enactment of a Viking raid of an island rich in gold and silver and slaves. Unfortunately our Jarl (leader) was killed in battle.

Before dying, our Jarl was overheard saying, "We may die in this battle but we will go to party in Valhalla anyway."

Here are some quotes from the children after our drama:

"I really liked how we learnt about the Vikings." (Harry B)

"If you killed a Viking, you would go to Hell and goat pee would fall on you for all eternity." (Henry L)

"I really liked how we all got to take part in it." (Rachel G)

"I liked that we didn't actually use real things because we had to use our facial expressions and imaginations." (Rachel S)

"We had to use our imaginations instead." (Zoe P)

"The leaders from Open Box were very funny as they kept making funny noises."  (Leah J)

"I liked that the people from Open Box told us to use our imaginations."  (Ella D)

Ancient Greece Day Thursday 7th September 2017: What a great start to our year and new topic.  We had a day filled with activities lead by Daphne, a visiting Ancient Greek, which included playing ancient Greek games, being archaeologists and learning about the customs and burial rites.  Many thanks to all the parents for helping with outfits for this fun dressing up opportunity.

Upper School performance: On Tuesday, 18th July 2017, the Upper School performed in their production of the 'Lion King'.  A fantastic performance was given by all pupils, who were word perfect when saying their lines and singing.  Mrs Standing commented that it was one of the best school plays she had seen in her time as a head teacher and that it took her through a range of emotions - from tears to laughter! Solo performances by main characters, such as Scar, Timon, Zazu, Raifiki, Pumba, Simba and Nula were sung confidently and, supported by the rest of the cast and the year 5 chorus, it all sounded very beautiful.  The props, made and managed by year 6 pupils, added to the realism of the play, which, along with the lighting and sound crew, helped make this a really professional production.  Notwithstanding, the creative programme front and back was the icing on the cake!  All three upper school teachers were incredibly proud of the effort put in by year 5 and 6 and it will be a hard act to follow next year!

The whole school focused on anti-bullying during the week. In Oak Class we looked at how each individual has the power to stop bullying and our children designed posters to highlight strategies to put this thinking into action.

At the moment we are working through the Cookery topic where the children have had the opportunity to taste many foods from Europe (from Belgian chocolate to Greek yoghurt). At the moment, they are deciding on a flavour for hummus and a flatbread which they will make and you will be invited to come in and taste on Friday 11th December at 2.15pm.

Previous topics this term have included superheroes, Vikings and an activity week linked to Bikeability.

The photos below are a small snapshot of what has happened this term. 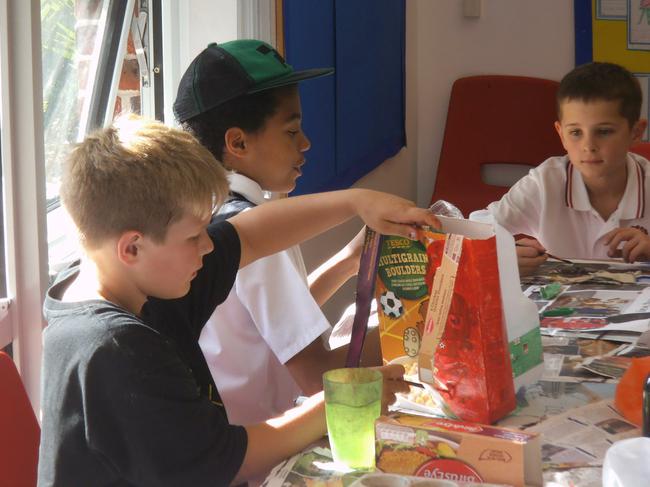 By the Digital Leaders

Today the whole school is starting Enterprise Week, a week or 3 days worth of making and selling all sorts of stuff like bookmarks, games, puppets, sweets and lots more. First we had decide who was who. We made six groups of five in each class and we were given 30 pounds per class and 5 pounds per group. Most groups have already spent the whole 5 pounds.  A percentage of the money will go to charity and the remaining money will go to something the children choose. The children agreed between themselves who was going to have which job.

Today, we all started making advertisements and posters  for our games. There are lots of games like Bowling Mania, Can you hit it, Nerf gun target and dozens more. The Posters and ads went all round the school (even in the boys and girls toilet doors.) Everywhere you looked you could see all the ads and poster.

Thursday, today we had to make newspaper articles on enterprise week but we all had to plan the layout, The upper school teachers made a layout and then we got writing. Later on we finished all the things we needed to finish.

Today we set up and tested our games and set out the prizes and later on the parents will be coming in and playing our games and winning prizes.

At the beginning of the week starting at Monday 9th May the key stage 2 SATs curriculum tests started for year 6. During this tests the year 6 used their knowledge to do a, reading test, grammar punctuation and spelling test, arithmetic maths test and 2 reasoning maths tests. Before the test began, the children had a little treat. This treat was a breakfast at School including, bacon sandwiches, sausage roll, a fruit yogurt or porridge (well done the dinner lady's for madding a wonderful breakfast.) The children also had a little dance party learning new dance moves and showing off their dance moves too.

A huge well done to all the years 6 on their amazing work. Congratulations year 6.